Morning Coffee: A new kind of person is working all night in finance now. HSBC goes for the safe option 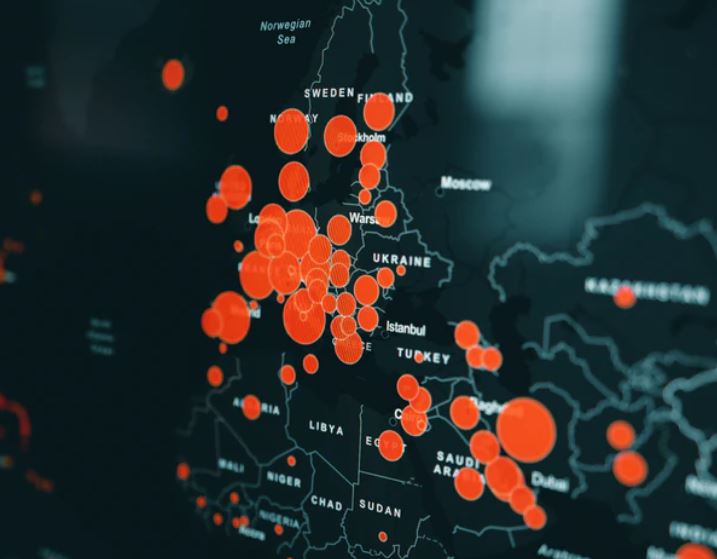 An “all nighter” in investment banking used to mean a particular rite of passage for analysts and associates who had been given a week’s worth of Powerpoint presentation edits to incorporate for a 9am deadline.  These days, at places like the New York Stock Exchange it also refers to the kind of cleaning job that requires hazard suits, vats of disinfectant and eight hours of uninterrupted work.  In order to try and keep the famous open-outcry trading floor open – for a few more days, at least – the NYSE has brought in the team from Tech Clean Industries, to squirt around a bit of “Z BioScience Multi-Task Probiotic Cleaner”, spray the areas with “Enviro-Mist Multiflora” and wipe down with a “biohazard disinfectant” called “Anasphere”, all of which sound like pretty good names for small-cap stocks.

The description of the stock exchange cleaning operation, from the perspective of a city in near-lockdown, seems almost incomprehensible.  The floor traders are promising to “try to shake hands a little less and hug a little less” (the exchange is trying to tell them not to do it at all).  Before the Tech Clean team could spray their chemicals around, they had to shift food wrappers, water bottles and “balled up napkins, which doubled as stress balls”.  There’s definitely an admirable quality to the traders’ determination not to close down the floor and their awareness of their role as symbols of American capitalism, but the article really feels like it’s going to age badly if the epidemic runs its course.

It’s also hard to avoid the suspicion that a lot of the reason why the floor traders don’t want to shut the doors of the Exchange, even for a day, is that if they left and went to work remotely, there’s a danger that they might not be brought back.  Very little actual trading happens on the floor – the NYSE is as electronic as any other modern exchange.  It’s not quite fair to say that the traders’ main role is to provide atmospheric scenery for corporate issuers who like ringing the bell, but it’s a lot closer to the truth than the suggestion that “when you’re managing critical situations, you want […] human eyes on each stock”.

In many ways, it’s surprising that the NYSE crowd are thinking this way at all.  One of the defining characteristics of a successful trader is risk management and the understanding of when it’s time to cut your losses.  The exchange has dozens of its own proverbs which could be adapted to this context, all of them having the basic underlying message “it’s a bad idea to get confused between what’s going to happen and what you hope happens”.  Although the stock exchange trading floor is “the most sacred forty square feet in finance”, it’s not worth dying for. However, it seems likely that other banks - which are also keeping humans on their trading floors are going through the same sort of process after hours.

Elsewhere, Noel Quinn has finally been appointed permanent CEO of HSBC, after the longest audition process possible.  There is no word in the press release about whether the permanent role will come with a pay rise, but at least he will not have to look over his shoulder all the time at other rising stars of banking, or hang around awkwardly in an ante-room for fifteen minutes at every board meeting.  So that’s good news, but it makes you wonder – why now?

The answer might be that, paradoxically, this is potentially a very tight market for executive talent. According to Clarke Murphy, CEO of Russell Reynolds, uncertain conditions tend to make high performers in stable positions act in an extremely risk-averse manner.  People don’t want to start making the effort to move jobs or take on a new role that they might not be suited to – they’ve got enough on their mind trying to keep their business together while wondering if their families are OK.  The headhunters, if they were anything like the ones quoted in Institutional Investor saying it was “the worst conditions since 9/11”, might have told the board that if they were determined to look for an external candidate, HSBC would in all likelihood be without a permanent CEO until well after the coronavirus epidemic passed.  No wonder they finally took the decision to stick with what they knew.

One banker who didn’t get the message about increasing your risk aversion in a global crisis is Jusung Kwok, who has gone back to Deutsche Bank, after a period at Citi and six years in industry at Samsung, to be their head of West Coast technology M&A.  Colleagues apparently call him “Juice”, and presumably he’s already heard all the jokes about the last person to make the headlines in California with that nickname. (Bloomberg)

If you’ve always dreamed of being a royal courtier, you can combine it with a finance career because Prinz Max von und zu Liechtenstein is hiring for LGT, the family bank. They prefer to hire entire wealth management teams, and the Prince is not currently worried about the tight market for top talent. (Finews)

Among the many risks of short selling – just at the moment when your strategy ought to be at its most profitable, you find that there’s a massive regulatory target painted on your back. (Bloomberg)

Facebook is going to pay its employees $1000 and give them a guaranteed “exceeds expectations” performance review for the first half of 2020 to reflect additional strain caused by coronavirus.  In answer to the first question one always asks when you hear of a Silicon Valley giant doing something nice, it’s “not clear” if this is applicable to all the contractors or just to full time employees. (The Information)

You can’t always control the tendency of young people to think themselves immortal, even on extremely strong public health grounds.  “Lockdown parties” have become a thing. (WSJ)

No, not even for a private jet – extremely rich people are startled to find that general travel bans also apply to them, and operators are worried that the experience of being told “no” might be so shocking as to put their customers off the whole experience. (Bloomberg)

Deutsche Bank is making $613 billion in coronavirus loans through state-owned development bank KFW. This will make it Germany's second largest bank, and a rival to Deutsche Bank. (Bloomberg)