Deutsche Bank's guide to the best healthcare systems during the virus 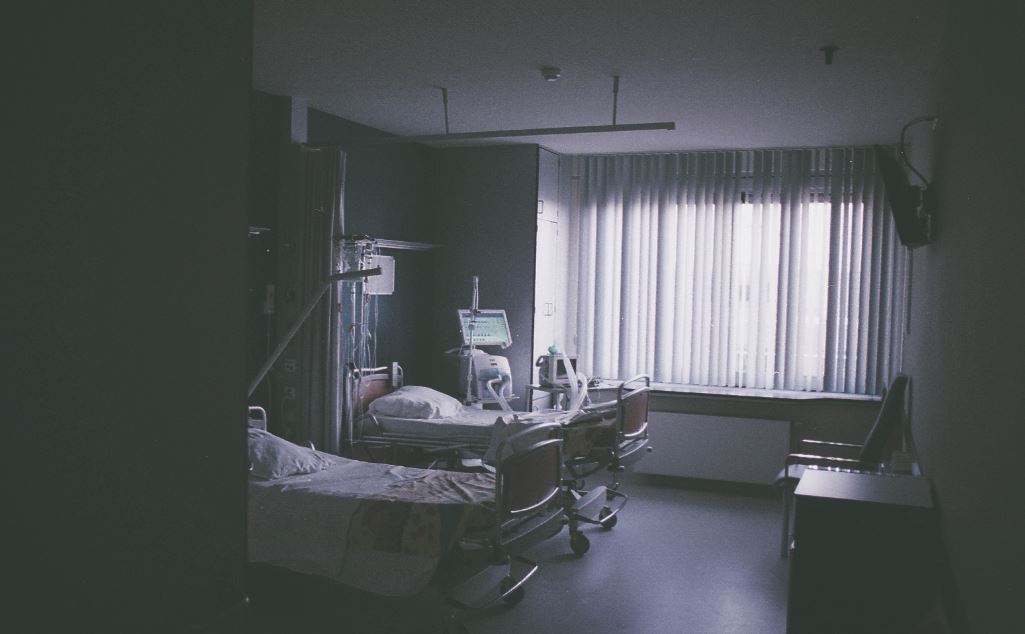 If you're a banker in London and you have the option of working and living somewhere else during the coronavirus epidemic, you might want to do so. Research today from Deutsche Bank says the UK's health system is one of the least prepared.

Based on growth rates in the number of infected people in South Korea, Deutsche is forecasting that the U.S. will have 301,000 cases of the coronavirus by June 1st, that the UK will have 236,000 cases, and that Germany will have 253,000.

Looking then at hospital capacity in the three countries, Deutsche says the U.S. healthcare system looks best prepared for the coming epidemic. Germany could struggle. The UK could struggle most.

Deutsche's figures for the capacity of the three healthcare systems are shown in its charts below. The UK health system is already operating at close to full capacity compared to the U.S. and Germany, although German ICU beds are comparatively full.

By comparison, the U.S. healthcare system seems to have plenty of spare capacity - although DB notes that this may not be the case in metro areas where the bank's analysts were told that ICUs are already 99% to 100% full, suggesting that if you're going to get the virus you might want to move out of the city. Overall, DB says the UK runs a 92% hospital occupancy rate versus 62% in the U.S. 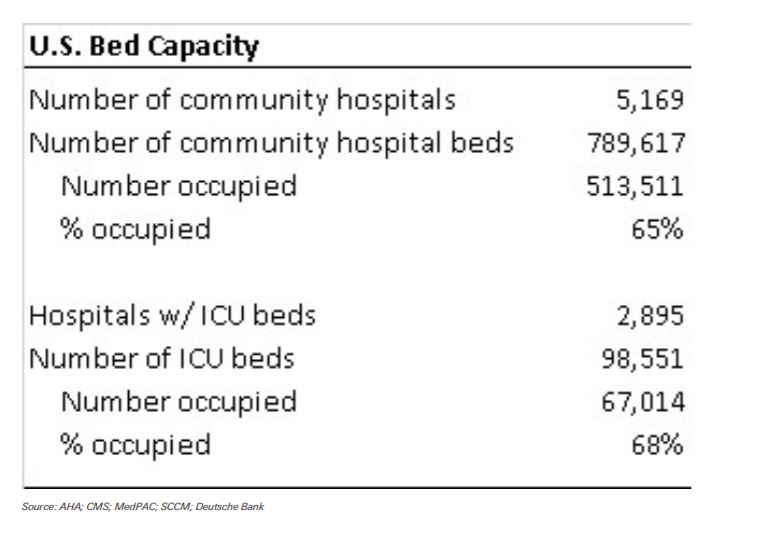 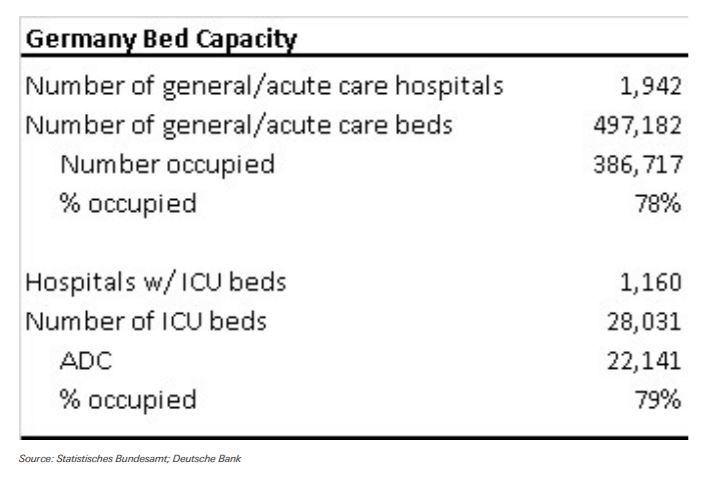 If you're going to get the virus in the UK, you need to get it early

Based on the epidemic curve from South Korea, Deutsche predicts that the UK will run out of ICU beds on April 22nd and hospital beds on the 2nd of May. If you're going to get the virus in the UK, you therefore want to get it sooner rather than later. By early June, it says there will be a shortage of nearly 20,000 beds in ICUs.

By comparison, Deutsche Bank is forecasting that the U.S. won't run out of beds at all. However, it says Germany will run out of beds on May 14th, with over 15,000 too few ICU beds by early June and around 2,500 too few standard hospital beds on the same date.

If you're going to get the virus, the implication is that you should therefore get it in a non-metro area of the U.S.. Failing that, you need to get it very soon in the UK and quite soon in Germany. Or else you need to delay until well after June 2020. 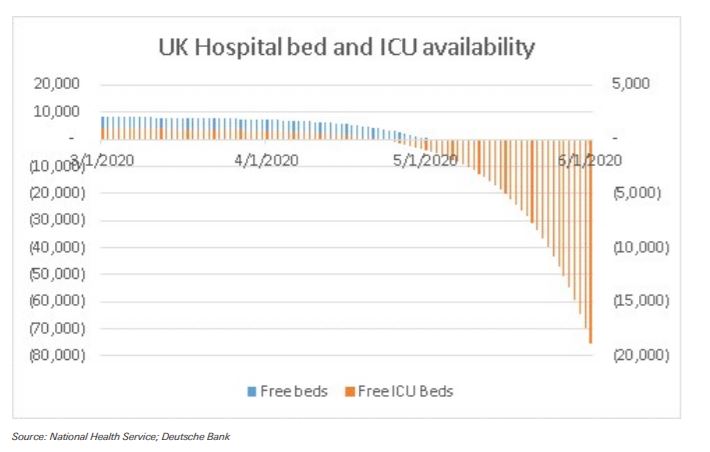 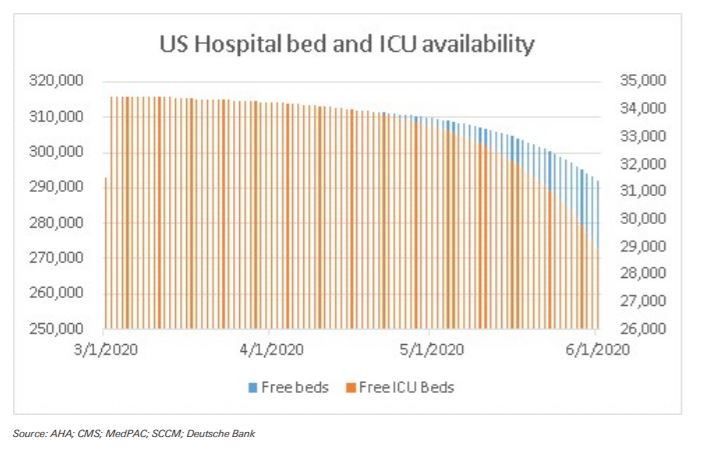 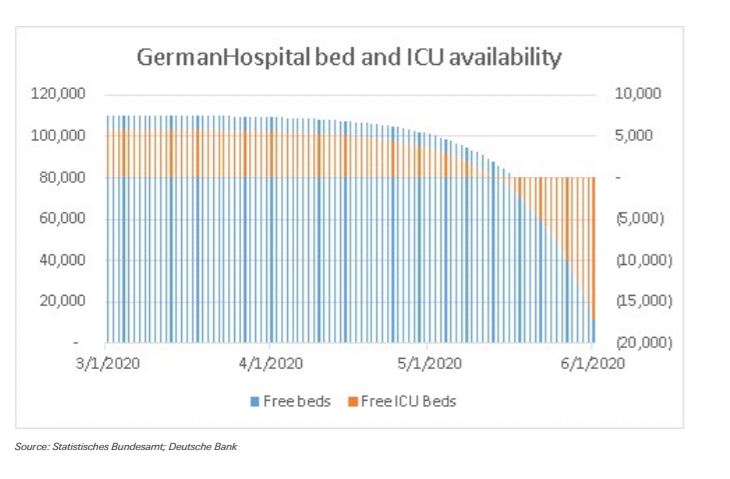