"20 hours a day of absolute misery" 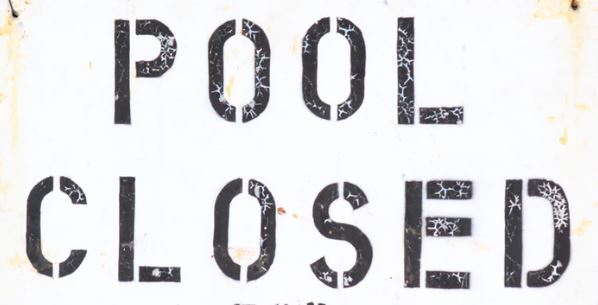 The week has barely begun, but some people in finance are already exhausted after another day of plunging stocks and circuit breakers despite huge policy interventions from central banks. Some have had enough.

"People look exhausted from all the drama today," says a senior emerging markets trader at a European bank. "Both the buy-side and the sell-side spent a lot of the weekend on research," he added.

Traders aren't the only one stretched taut by the combination of the virus and the markets. One risk manager at JPMorgan says the situation has become intolerable. "It's insane," he says. "We're working 20 hour days of absolute misery. Everyone is very frightened and those who aren't frightened are making bad jokes. Humor isn't welcome at a time like this!"

The turbulence is prompting some to suggest markets are closed, with parallels being drawn to September 11th 2001 when markets remained closed for a week. "Trading was aborted on Tuesday, Sept. 11, and didn’t resume until the following Monday, by which time the scale of the damage, and of the government’s fiscal and monetary response, was much clearer," says John Authers, writing for Bloomberg Opinion today.

Matters are being made worse by the fact that most trading teams (Bank of America still excepted) have been split into two groups, working on back-up and main trading floors in both London and New York. However, with back-up trading floors often out of town, traders say they're compelled to take public transport to get there.

One trader at a European bank part of the team has been working from a back-up site at Romford for the past two weeks. However, Romford is north east of London and the bank's office is in West London. "A lot of people are unhappy as must of us live close to the office," he says. "This has increased our commute time by two to three hours every day and increased our chance of getting the virus on public transport."

When they arrive at the offsite office, the trader says it's, "smaller and more packed, an ideal breeding ground for the virus." He says they've asked for the bank to provide Ubers or to pay for accommodation close to Romford, but have been refused: "It seems the split team is more for the sake of business continuity than for the health and safety of the employees."

Similar sentiments are likely at Morgan Stanley in New York, where the back-up trading floor in Purchase requires traders living in Manhattan to travel through New Rochelle, the epicentre of the virus in New York state,

Countries that are further along the pandemic curve have confronted some of these issues already. In Italy, the head of markets at one Italian bank said traders have been housed close to back-up trading floors and that juniors were initially asked to volunteer as they had fewer family commitments. In Australia, which has fewer cases of the virus than the U.K. or the U.S., the most active equity traders were today asked to trade 25% less than usual.

A simpler solution may be to close markets for weeks or even months while the epidemic peaks. Former Goldman Sachs partner Joseph Mauro has been among those calling for such a move on Twitter. "Why do I think markets should shut? Not for volatility... but for safety of employees. We are all home for a reason. They should be home too. It's selfish to think otherwise," he says.

Others are calling for a "war time response": "Shutting markets helps focus government resources on providing real help to those in need without pressures of market pricing in real time. Can’t have economic speed be zero and markets speed be infinity and expect to make good choices," says a Twitter account owned by someone with the same name as a wealth manager at Morgan Stanley.

Not everyone agrees though. "Shutting the market would create panic with no real benefit," says a trader at Deutsche Bank. "These are the times you work on markets for!" he adds.