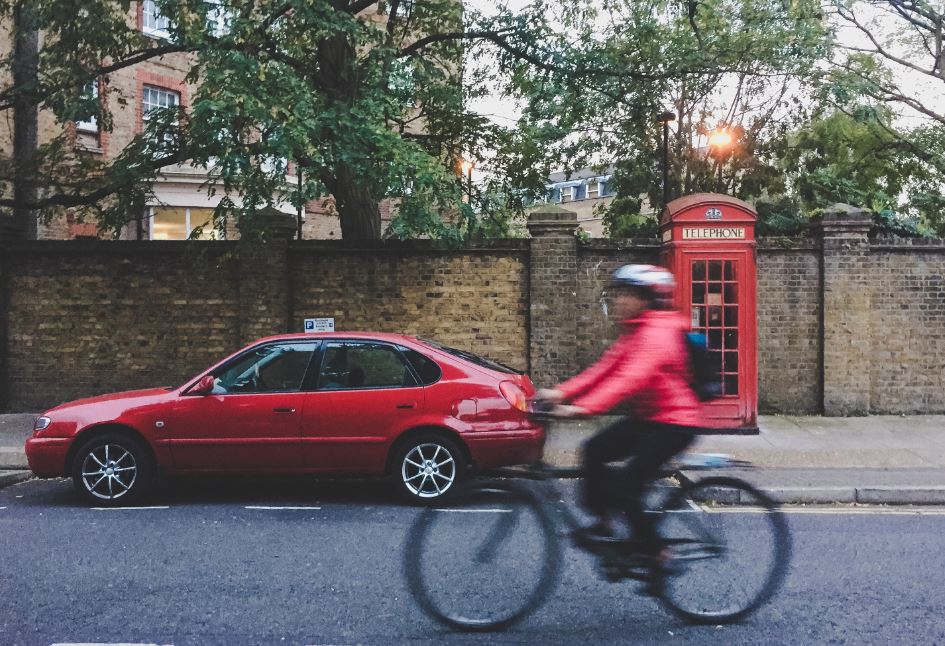 UBS really likes its investment bankers to have meetings. Two years ago, it issued an edict saying that its managing directors needed to attend roughly 250 face-to-face client meetings every year, rising to 300 for country-focused bankers (who presumably had less far to travel). At we noted at the time, this amounted to at least one client meeting every working day.

If you like your bankers to have face to face meetings, the pandemic has obviously been a bit of an issue. While some bankers boast of increased productivity working 15 hour days on Zoom alongside a menagerie of pets and children, there have also been complaints that it's difficult to win new business when you're at the remove of a screen.

UBS, then, has set about doing something about this. Financial News reports has purchased some bikes for its London bankers. Not just any sorts of bikes, but Bromptons - the stylish folding bikes that retail for between £1.1k to £2.8k and are the contemporary low-key, low carbon commuter equivalent of a flashy car.

Needless to say, UBS's cycling push isn't just about emissions: it actively wants its bankers to leave the office and to meet clients. UBS's bankers, however, are loathe to use public transport for fear of contracting COVID-19. Hence the bikes.

For the moment, UBS only has 10 company Bromptons in London. However, it will buy more if cycling to clients takes off. The experiment will prove interesting, but will surely only work for the sorts of clients that like to cycle themselves: arriving in a shirt drenched in perspiration won't be a good look if your client is immaculately groomed; nor will arriving in black Lycra shorts. There is also the British weather to think of.

Separately, if women in trading are looking for a 'role model', we would like to suggest Jessica Morrison, CEO of electronic brokerage house Virtu in APAC. A Cambridge graduate and single mother from the age of 21, Morrison is frank on careers in finance in an interview with MarketsMedia.  She notes that all her bosses have been male and that being a parent in finance is tough because, "having a senior career in finance comes with buckets of hard work and a sacrifice of the time you could spend on other things like caring for small children."

However, Morrison notes that her male managers have all been interested in equal opportunities. "I’ve noticed they all have daughters and they have made comments about wanting to create an environment where their daughters could thrive," she says.

For young women starting out in banking, Morrison repeats advice that was given to her early in her career by a female dealer. "- If you want to be known for your professional reputation rather than your love life, be sensible about the situations you put yourself in. Breakfast and lunch can be better for one-to-one meets, for evenings (where there will likely be alcohol and inhibitions are lowered), have group events. Similarly, the way you dress. While we should all have freedom of expression, think about the image you want to project. Are you in a nightclub or on a trading floor? Are you coming to the office to find a boyfriend or to work?"

Oddly, JPMorgan has chosen this moment to stop paying for Ubers to get its traders to work. Some are concerned about the prospect of taking public transport. (Bloomberg)

Goldman Sachs made Anthony Gutman and Gonzalo García co-heads of its investment banking division in Europe, the Middle East and Africa. (Financial News)

JPMorgan added half a dozen people to its operating committee, including head of trading Troy Rohrbaugh and Marc Badrichani, head of sales and research. Daniel Pinto and Gordon Smith will “be taking on additional responsibility across all our businesses” in leading new business head forums. (Bloomberg)

Lloyd Blankfein has opinions about commodities: “From an inflation point of view, as an investor, I think investing in material sectors while they’re under-appreciated is not a bad thing now...Everyone has decided that we’ll never have inflationary pressure again, oil prices will never go up again. I don’t think so.” (Bloomberg)

If Biden gets elected bankers might want their bonuses paid in 2020 instead of 2021. (Bloomberg)

London's hedge fund sector is now tiny compared to New York's. “At one point London had a real shot at potentially surpassing New York as the financial hub of the world. But the eurozone crisis and Brexit [changed that].” (Financial Times)

The European Union has issued a paper saying that Brexit, coupled with the current high level of dependence on London, creates “risks for the financial stability of the Union and for the transmission and conduct of the Union’s monetary policy”. London accounts for more than 90% of derivatives clearing and the EU now wants an 18 month extension on access to UK-based clearing houses after Brexit takes place. (Financial Times)

McKinsey & Co. suggests it's a bad time to work in fintech. (Finextra)

Goldman CEO David Solomon is trying (again) to sell the Aspen estate he bought from another Goldmanite. (Bloomberg)

"My friends who are at home or with friends in large roommate groups seem to be faring better than people on their own," says a consultant in his early 20s who's living with his parents, grandparents, girlfriend and dogs in Orinda, California. (Axios)

Photo by Franco Ruarte on Unsplash