If you survive two decades in finance, this is your lifestyle 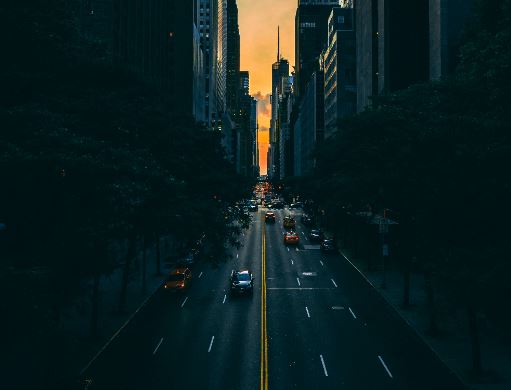 I've spent well over two decades working on Wall Street. For people of my generation, the complaints about working hours are a curiosity. All of my cohort have had the same reaction: this is what you wanted to; if you don't like it, there are a thousand (or maybe even 10,000) people your age who will take your place.

You don't make good money in finance for nothing.

It's not the case - as juniors seem to think - that the people above them are necessarily working less. As one Credit Suisse director pointed out today, he still starts work at 7am and ends at 4am on some days. This may come as a shock to junior bankers hoping for some respite from 100 hour weeks once they rise above associate level.

Personally, and even with decades of experience under my belt, I still drive myself hard. I start each day no later than 8am and I finish each evening no earlier than 10pm or 11pm, often later. However, the difference is that I take time off in the late afternoon and early evening.

On a typical day, I try to take some time away from work between 4pm and 8pm. These are the hours that I have outside of client meetings. I often use them for walks of 6-8 miles around Manhattan. Sometimes I go to the gym in my building for free-weights lifting, though it's tough to book times with most residents at home all day and capacity limited. Sometimes I read history and novels.

This is a new schedule due to the pandemic. In the old world, I would set my alarm for 5am and worked in the office until 6pm. In the new work from home reality, I set my alarm for 7am, work from 8am to 4pm, and then work another two or three hours in the evening.

I work weekends too. I take Saturdays off, but I consistently work a large part of every Sunday. In quieter markets, I will end at noon on Fridays.

Fundamentally, though, it's a mistake to think that front office finance jobs can ever be shoehorned into anything resembling normal working hours, whatever your seniority.

It's also a mistake to think that banks are in any position to make an imminent difference to juniors' working hours. As DLJ's Brian Mullen wrote here earlier this week, it's simply not that easy to hire new staff to relieve the pressure. Current overwork stems from the wide-open conditions in the capital markets. The markets are throwing money at real companies and hazy concepts (SPACs) with equal abandon. Banks can't add junior staff quickly, and they probably shouldn't massively increase junior hiring anyway as deal flow will inevitably slow down again. Brian's memo remains highly relevant.

In the circumstances, the workarounds seem almost comic. I love the idea of "Zoom-free" Fridays, but juniors will still have to do Zoom calls if clients or regulators want them. Similarly, I love the idea of Saturdays off - but not if it means that Sundays are even more demanding.

As Brian said in 1994, at times like this it's all men to the pumps. "If someone is not pulling as hard on their oar as hard as our hardest worker, then they are, pardon the expression, freeloading."

There are upsides to working conditions during the pandemic. There's zero commuting time between your bed and your laptop. However, you also might not have a chance to leave your apartment between 6 am and midnight, or later.

Personally, I probably now work 60 hours a week, but I am over two decades into my career and have done those 100 hour weeks myself in my past. I fantasize about working less, but I have children and children are expensive. I estimate that I have paid more than $1.5 million in after-tax dollars to educate two kids, including 26 years in NYC private schools and two BAs from highly selective colleges. I saw my stock shrink to a fraction of its former value in the financial crisis. Once, I imagined I'd be out of the industry by now - but life doesn't always work like that. Nowadays, I think about moving to either Southern California, or someplace around San Francisco, though not Silicon Valley.

Scott Brown is a pseudonym

Photo by Malte Schmidt on Unsplash