From innovative tech to inclusive teams: technologist explains why she’s thriving at BlackRock 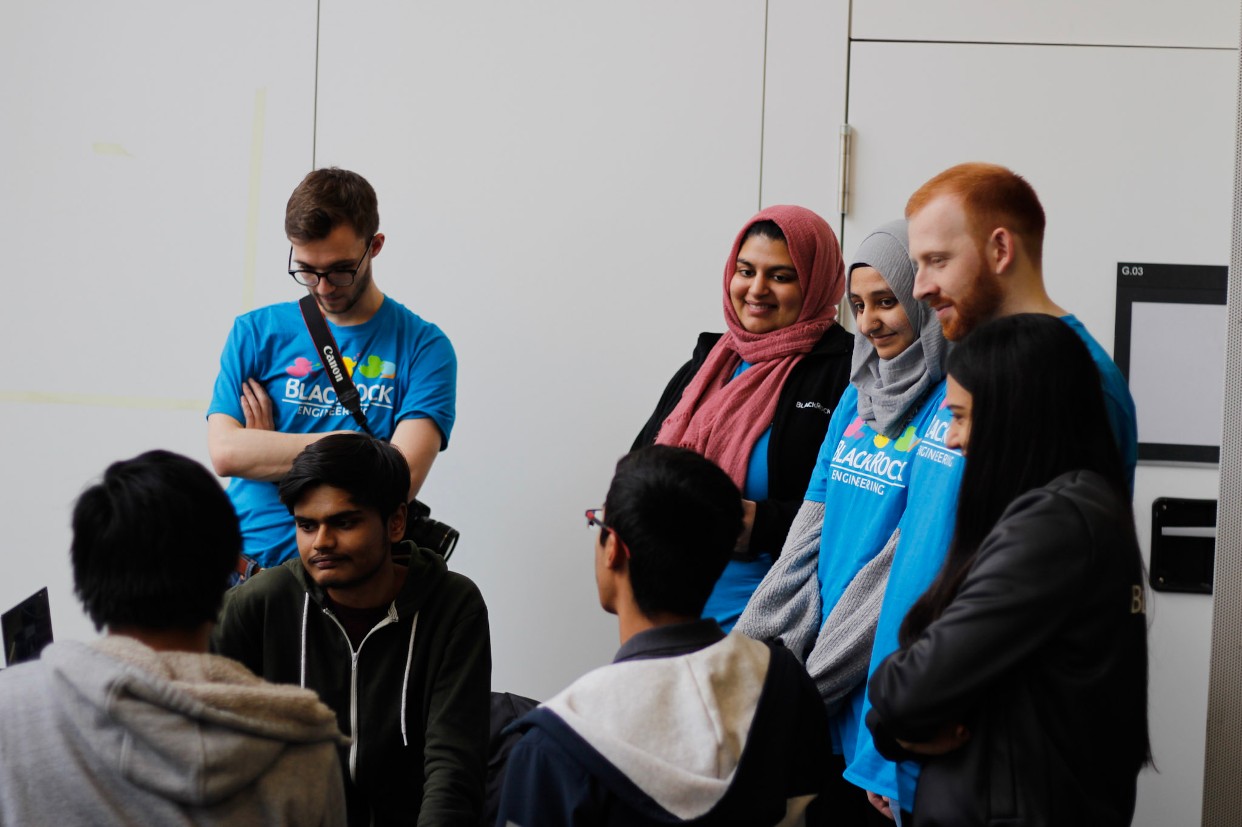 Waqar-un-nisa Nabi wasn’t planning to take a technology job in financial services, but the summer she spent interning at BlackRock in London changed her mind. Nabi was initially sceptical after she heard about the internship opportunity at BlackRock, the multinational FinTech firm. “As a student, I was only really interested in working for a tech company. I thought that a tech team in a financial institution would be full of people in suits,” says Nabi, who has now been working full-time at BlackRock for about three years. “I soon found out that this isn’t the case. BlackRock doesn’t feel like a traditional finance company; it feels inclusive and more like a tech firm,” she adds.

When Nabi graduated from the University of Glasgow with an MSc in Computing Science in 2018, she didn’t hesitate to accept a position at BlackRock as a software engineer. “I could clearly see from the tasks that the other interns and I had been doing that there’s a huge variety of technology work on offer at BlackRock. I thought that boded well for my future career. I made a lot of friends during the internship too, and I wanted to continue to be part of that welcoming culture,” says Nabi.

Technology professionals don’t need to have a financial services background to get a job at BlackRock, says Nabi, who is based in Edinburgh. Soon after she joined the firm, Nabi’s manager set aside an hour a day to explain the finance side of the company and the type of data the firm analyses when looking to invest. “It’s been fascinating to learn about a new industry, and be supported in doing so, as I also expand my tech skills,” she adds.

Technologists at BlackRock “aren’t treated like we’re in a support function”, says Nabi. “If you think you’ll come here and end up writing a lot of scripts in the back office without much visibility across the company, the reality is very different to what you’re imagining. I’ve found the atmosphere to be caring and fun, and still very professional. There’s a business-focused, start-up vibe here,” she adds.

Nabi rotated across four units within BlackRock when she graduated, including doing a stint in a team focused on Aladdin, an investment platform developed in-house by BlackRock to create an end-to-end operating system for investment professionals. “That experience showed me just how important technology is to this company. It’s far more than support; we actually design products like Aladdin that generate income in their own right,” says Nabi. “The Aladdin team is very dynamic. I learned the Go programming language, and gained technical knowledge in new areas, such as protocol buffers,” she adds.

Nabi also worked in the Data and AI team during her rotation and decided to join it as a permanent staff member at the end of her traineeship. She further expanded her skills in this role, learning about Python and cloud development on the technology side, and about stocks and bonds on the finance front. “I loved this team, so I ended up staying in it. We switch projects a lot and get to assume plenty of ownership over what we do, which has been great for my career development. I was initially focused on a project where I expanded existing quality control, and moved onto a new project to onboard similar quality control methodology as one of the quality control leads,” says Nabi.

In January this year, Nabi told her manager that she’d like to take on more project management responsibilities in her role. He put the word out and within just a month Nabi’s job changed to one involving about 40% project management and 60% coding. “I enjoy writing code, but it felt like something was missing, so this was a natural next step for me. I take more of a high-level approach now, and I get more involved in planning strategy and coordinating with other teams” she explains. “I think my new role helps to show BlackRock’s commitment to the career advancement of its female tech talent,” she adds.

Nabi says she also enjoys working at BlackRock because her colleagues come from diverse backgrounds and because the company is committed to supporting diversity and inclusion within its workforce. “In technology, it’s really important to hire a diverse group of people because they will have learned different things and will have different outlooks on solving problems. For example, I have a super creative colleague who studied art at university, so she’s naturally amazing at UI design. But her way of thinking is also useful in quality testing because she comes up with innovative suggestions for ways code might potentially break,” says Nabi.

Employee diversity is key to creating an inclusive workplace culture that encourages women and people from minority backgrounds to join BlackRock, says Nabi. “There’s a real bond between people on my team, and we enjoy each other’s company socially. In terms of age, for example, we have interns, new grads and people who’ve been here for 20 years or more – and that makes the environment more fun. It wouldn’t be so enjoyable to work here if everyone came from a similar background,” she adds.

To succeed as a technology professional at BlackRock, Nabi says you need to be “flexible and dynamic”. Some jobs require the ability to adapt and learn new programming languages, for example. “Having good communication skills is also vital in a large and global firm like BlackRock, where there are plenty of different projects going on,” says Nabi. “And I think it’s important to have patience. When I first started here and was struggling with a coding problem, my managers showed a great deal of patience. They gave me examples to train me in a no-stress environment, so I was able to get up to speed more effectively,” she says.

Nabi wants to keep growing her career at BlackRock, and to further her ability to combine coding with project management work. “And I’d like to work on even larger projects,” she adds. “As a woman in tech, there are many advantages of building a career here. You get to work alongside a fantastic and diverse bunch of people, and on the technical front, you won’t get stuck working on legacy code because there are so many opportunities to work with newer languages on cutting-edge projects. One thing’s for sure: you won’t get bored.”