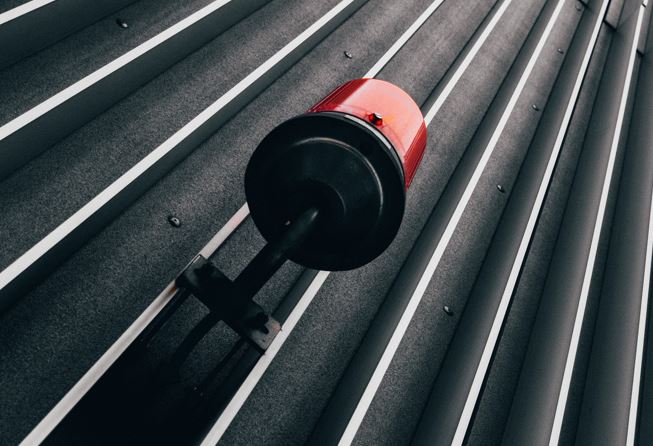 If and when Credit Suisse takes a scythe to its markets business, one New York based managing director (MD) at the bank is almost certain to be immune: Zoltan Pozsar, the bank's global head of short term interest rate strategy.

For those in the know, Pozsar is the man to talk to about the world's most liquid markets and changes in rates. Famous for creating a detailed four-foot map of how the shadow banking system works when he was at the New York Fed, Pozsar has crystallized his legend with twice weekly papers on the state of the global money markets. When short term rates change, Pozsar's papers are the places to go for a view on what happens next. He is the "oracle of market plumbing."

Both the Wall Street Journal and Bloomberg have picked up on Pozsar's most recent piece, which warns of coming chaos from an accumulation of cash in the Federal Reserve's reverse repurchase facility (RRP). Pozsar estimates that use of the facility has jumped by $300bn since the Fed increased the interest rate on the RRP from 0 to 5bps last month: the higher rate means it no longer makes any sense to hold lower yielding Treasury bills and Pozsar thinks money will continue to flow into the RRP throughout the summer, with up to $1.3 trillion being switched out of Treasury bills by August.  This in turn could cause issues for the $400bn of Treasury bills that Pozsar calculates will still need to be bought by banks over the next two months, and which are likely to be purchased with non-operating deposits at banks like JPMorgan and Bank of America, which could in turn have curious effects on the markets as banks have less to put into FX swaps, longer dated Treasury bills or mortgaged backed securities...

"If you think about reserves as a deck of cards, that deck of cards will be reshuffled,” says Pozsar, who is promising more thoughts tomorrow.

Like Nouriel Roubini or Albert Edwards at SocGen, Pozsar has a reputation as a portent of panic - he warned of similar chaos in February. But while some prognosticators don't deliver, he also has a reputation for making correct calls - which is why the latest note is causing concern.

Alongside his role as a canary, Pozsar also illustrates how to recover from rejection and carve an unassailable niche in a finance career without being conventional. Born in Hungary, he went to the University of Pecs, and to Middlesex University in London instead of Oxbridge or the LSE. When he studied an MBA, he didn't choose Wharton or Harvard, but KDI School in Korea, where he taught English on the side. When he finished his MBA, he was rejected by investment banks and so worked for Moody's, the New York Fed, the IMF and the U.S. department of Treasury. Only then did he join Credit Suisse in 2015, aged 36, initially as a director before being promoted to MD.

Pozsar discussed his career in an interview in April last year. -  He eventually joined Credit Suisse because he already knew the chief economist there (and therefore had a champion from the start). He believes in hard grind, persistence, and making as much effort as is required to really understand what's happening. - One of the most important things you can study is reading accounts, says Pozsar: having a "balance sheet perspective" was formative in his education.

"Getting to where I am took a lot of hard work," said Pozsar. "It’s a lot of not taking things for granted and not believing in everything that people say and trying to find your own answers. In the financial market, when you talk to people, you should not take what they say at face value. Instead, always keep digging and finding your own sources and figure out what is true and what is not because there are many rumors and narratives going around in the financial markets."

Pozsar said his circuitous route into an investment banking job also worked in his favour. If he'd gone straight into a banking role after his MBA, his thinking about the markets might have been shaped differently. Equally, studying at KDI instead of a more typical business school gave him a "unique perspective" that clients find valuable. "It was a long path that led me to end up working in a bank, but it was very worthwhile in the end because the perspective is so different" Pozsar added, advising anyone looking to build a career in financial markets to, "Always try to not do what everybody else does...."

Separately, some junior bankers might hope that the return to the office will result in a lessening of working hours simply by virtue of the physical manifestation of their exhaustion, which will be harder to ignore than signs of dishevelment on a Zoom call. “Asking someone to work late without having to look into their dead eyes the next morning is a lot easier,” said Jacob Lincoff, a former associate at Mizuho in New York, who left for a supply chain start-up in November 2020.

Citi increased salaries for analysts, associates and vice presidents in its banking, capital markets and advisory unit by $15k to $25k. (Bloomberg)

Credit Suisse is hiking salaries for its senior wealth managers by as much as 20%. (Bloomberg)

Senior bankers in London are complaining that after spending $500k privately educating their children, Oxford and Cambridge Universities are starting to favour candidates from state schools. page “Five years ago, my son would have got a place at Oxford. But now the bar has shifted and he didn’t. I think he got short-changed. " (Financial Times)

Insights into the working practices of Credit Suisse's new chairman who is "obsessed" with cost structures and cost income ratios:  “At Lloyds he was in the weeds for the first 18 to 24 months. He’ll want to know all the details at this stage. Once he’s satisfied, he’ll step back and allow management to execute it.” (Telegraph)

Bank of America will only let staff back into its UK office if they've had at least one COVID vaccine. (Telegraph)

Tips from Charlie Jacobs, new head of UK investment banking at JPMorgan on how to have a good life and career: 1. Treat everyone you meet with respect and a smile and a please and thank you.  2. Believe in yourself. Be self-aware. Recognise where you could be better and work on that and complement yourself with people who have skills you don't have. 3. Be careful not to surround yourself with people who tell you what you want to hear as opposed to what you need to hear. 4. Never take clients for granted. 5. Fiind time to breathe and think. (Financial News)

Photo by Alexey Soucho on Unsplash