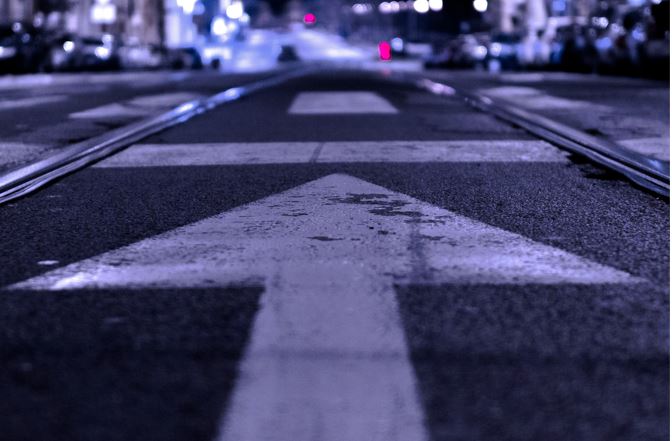 The advantage of working in sales and trading at a large bank is that your career progression and training are fairly defined for the first few years, giving you good visibility on where you’re going to be by the end of the analyst program.  At a smaller specialist trading firm, things are generally much more open; on the one hand you don’t necessarily have that structure.  But on the other hand, if you’re in the right place at the right time and you’re good enough, like Kanav Kariya at Jump Trading, you can go through the ranks quickly.  He interned at Jump as an undergraduate in 2017, and four years later, Kariya has been named the President of Jump Crypto.

For someone who wants to make a career in crypto trading, this looks like it might be the best job possible.  Jump Trading seems to be in a sweet spot; it’s an established Chicago trading house, so nobody’s going to mistake it for the kind of fly-by-night operation that the crypto world is plagued with.  On the other hand, it’s small enough to be nimble, and the crypto team doesn’t have to worry about treading on the toes of dozens of managing directors around the world in established markets. And as a proprietary trading firm, it has considerably fewer regulators to answer to when it puts its capital at risk in new markets.

It’s noticeable, however, that although Mr Kariya and the 80 employees of Jump Crypto apparently have “billions of dollars pledged” to their markets, they appear to be taking a distinctly Goldman Sachs-like view of the market, talking more about platforms and infrastructure than about the potential for proprietary gains.  As well as executing the crypto order flow from Robinhood retail customers, the team is involved in all sorts of industry initiatives to provide high-quality execution and accurate pricing data across the space, including building a lot of the basic plumbing for the DeFi protocol, referred to by some as “do-it-yourself investment banking”.

This makes a certain amount of sense.  The traditional business model of high-frequency trading shops like Jump has been to use their algorithms to make very short-term calls on where the market is going, then shave a few microseconds off the latency in order to get there before the competition.  It’s a trading strategy that is all about high-quality real time data and utterly reliable execution, two things which crypto isn’t exactly well known for.  So before a firm like Jump can do anything, it more or less has to invent the market it wants to trade on.

That’s Kariya’s job.  As an intern he had barely heard of Bitcoin, but “it was impossible not to fall in love” with the enthusiasm of the crypto community.  This may be how he's made his own luck at a young age.  They say that a true market crash can only happen when everyone who remembers the last one has retired, but the opposite is also true – things like this could only be seriously attempted by people who don’t yet know what isn’t possible.

Elsewhere, the standard advice is that however good it feels and however badly they treated you, it’s a not a good idea to badmouth senior people in finance unless you’re absolutely certain you’re never going to have to ask them for money or a job.  Tom Blomfield, the co-founder of Monzo, seems to have decided to allow himself the luxury.

He hasn’t actually named anyone in his blog post on the venture capital industry, but when someone’s described as “the leading partner” of Softbank’s investment team, based in London, with particular reference made to his habit of taking meetings barefoot, we’d guess that former Deutsche Banker Rajeev Misra’s ears might be burning.  Among the complaints made include smoking cigarettes indoors (and pouring coffee over them to extinguish them) and keeping company founders waiting for insulting amounts of time in the company lobby.

As Tom says, “Looking back, I wish I had the guts to ask him to stop, or to simply get up and walk out of his office. But my company really needed the investment and I didn’t want to blow my chance”.  As a summary of the emotional truth of a lot of what goes on in finance, it’s practically poetry.

Stephen Scherr is leaving his job as CFO of Goldman Sachs, and has celebrated by digging out his original rejection letter from the firm on his first application in 1992.  It’s a quality humblebrag as he’s able to say in the attached post that he’s “profoundly grateful … that the firm reconsidered its rejection”.  Although having kept the thing for thirty years might be seen as indicating either a very strong domestic filing system or alternatively the tiniest atom of lingering grievance.  (LinkedIn)

… but in Bloomberg, “while he may be leaving Goldman, he doesn’t plan to retire anytime soon”. (Bloomberg)

…and Brevan Howard is going to significantly expand its crypto activities.  This is clearly becoming a market that will matter in terms of total hiring, not least because the sell side is going to need to follow the client base. (FT)

… while JP Morgan saw a similar pattern according to Marianne Lake at the same conference – Q3 21 trading revenue is tracking 10% down on last year, but this is an upgrade on what had been expected at the start of the quarter (Financial News)

Male rodents with shorter breeding cycles have larger testes, according to scientists who presumably observed them talking about their Bitcoin portfolios and how working 80 hours never did them any harm. (New Scientist)

The greatest show in town might still happen – having been delayed by COVID and by witnesses not showing up, the Andrea Orcel / Santander trial is now scheduled for October 20. (Reuters)

From Ancient Rome to the present day, a history of one of humanity’s noblest institutions, the signing-on bonus. (Bloomberg)

Photo by Vek Labs on Unsplash