If you aspire to work for multi strategy hedge fund Balyasny Asset Management in London, then 2021 has been a good year to act upon that impulse. BAM has been hiring like mad.

The fund has hired at least 50 people in London since January, which is particularly impressive given that it only employed 94 people in the UK in 2020, the year for which its most recent accounts are available. The new hires are drawn from banks, technology and rival hedge funds and cover everything from technology to data to portfolio management, compliance and research.

One of Balyasny's London recruits is Mike Grimaldi, the former head of technology at JPMorgan's corporate and investment bank, who left in January 2021. Grimaldi, who previously worked for Deutsche Bank and Goldman Sachs, quietly joined Balyasny as London-based chief information officer in September 2021 according to his LinkedIn profile.

Grimalid is far from the fund's only major 2021 technology hire - Balyasny also recruited Dan Azzopardi from Rokos as head of macro technology in April and a new head of commodities technology in June. In August, it hired Canh Duong, a former senior data engineer at Revolut. This month alone, it's hired Dinesh Hirani from Capula as a senior developer; Jas Singh Sodhi from JPMorgan as a director of commodities data, and a new cloud engineering lead from digital transformation consultancy GFT.

Last week, Bloomberg reported that Balyasny has agreed not to poach from Citadel after Citadel employees it poached previously were accused of being in breach of their non-compete and non-solicitation agreements. However, Balyasny appears to have drawn comparatively few of its recent London hires from Citadel, with the exception of Francesco Di Giambattista, a European banks analyst who joined in March, and Umer Khan, the head of credit quantitative research, who joined in April after a two year non-compete.

One London headhunter said Balyasny has been this year's big hirer among London hedge funds. "They're going crazy building out their systematic teams," he said, speaking on condition of anonymity.

Balyasny's 2020 annual report, filed with Companies House in the UK, revealed that the fund paid an average of £1.3m ($1.8m) per head last year. This won't have been equally distributed.

Photo by Jordon Conner on Unsplash 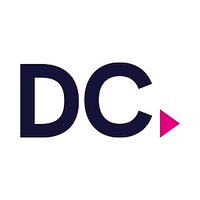