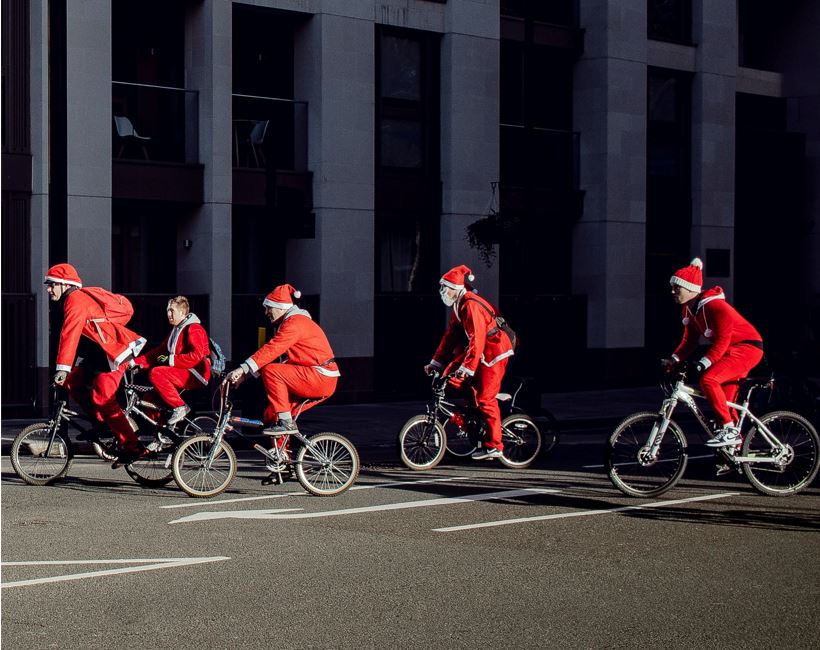 As we noted earlier this week, while 2021 has been an exceptional year for revenues in banks, inflationary pressure has been rising behind the scenes. Many banks are keen to offset this. - In their look-ahead document for 2022, JPMorgan's banking analysts predict that UBS will cut staff costs by 1% in the next few years (even though pay is rising). They also expect this year's UBS compensation bill to be up by a mere 6%, compared to a 23% increase at Goldman Sachs.

Some of this penury is already making itself felt. In the weeks before Christmas, on the down slope to solsticial indulgence, UBS has made it known that its South African investment bankers are no longer required. Bloomberg reports that around eight have been let go. UBS says it's "still committed" to South Africa and "retains a significant presence" in the country. But insiders say it's being conservative and is in cost-cutting mode.

UBS isn't alone in making cuts. A few weeks ago, Deutsche Bank let six people on its London strats team know their jobs were at risk. Yes, the numbers are small, but they're a reminder that banks will be watching their bottom lines fiercely if revenues show signs of softening. - M&A and equity capital markets fees have been unusually poor in Sub-Saharan Africa this year, and UBS has decided the region can just as easily covered by its already busy London bankers, flying in and out to meet African clients. There will be more of this if revenues soften.

Separately, Bradley Jones, the JPMorgan trader who just wanted to work with his friends again, has had his wish granted - except that he'll be working in Hong Kong, having previously been based in London and presumably doesn't have any "best friends" there.

Jones - who said his London JPM besties staged a walkout after he was wrongly fired in his late 20s following a spoofing investigation - is being reinstated in a JPMorgan job paying between $400k- $600k in compensation for his unfair dismissal. JPMorgan must also compensate him for the salaries and bonuses he lost during the two or three years he didn't work.

Jones, who was a cash equities trader at JPM in London, will be an equity derivatives trader at JPM in Hong Kong. Jones himself identified the job as being appropriate for him, while JPMorgan argued that it was more complex and that placing Jones in the new role would create "risk and jeopardy."  The bank was overruled. JPMorgan is appealing the decision.

Jefferies asked staff to work from home after 40 COVID cases in December. "The spread was just getting to be too much." (Business Insider)

Barclays will be hiring investment bankers in China, India, Singapore, Hong Kong, Japan and Australia next year as it rebuilds in Asia. (Bloomberg)

Deutsche Bank is cutting costs by abandoning three out of eleven floors on the building at 10 Upper Bank Street, in Canary Wharf. (Bloomberg)

Bank of America will hire 4,000 to 5,000 people in the fourth quarter, but headcount will be flat because people keep leaving. (Bloomberg)

Hedge fund manager Phil Falcone was once worth $2bn. Now his net worth is less clear and he has $100m in unpaid debts and told a court he's behind on virtually all his bills. His debts include $34k o rides in a Cadillac Limousine to the courtroom.  (WSJ)

It's a good time to work for the Big Four, who have recorded their strongest financial performance since the collapse of Enron. (Financial Times)

“I was sitting at home in New York and my son calls me to say, ‘Dad, you have to buy the Constitution,’” said Ken Griffin. (Bloomberg)

JPMorgan's Daniel Pinto said on Wednesday that M&A, ECM and DCM fees could be up a combined 35% year-on-year in the fourth quarter. (Bloomberg)

Fired employees at fintech Better.com have been complaining to the media. "We're all left gutted, and like just heartbroken before the holidays." (Business Insider)

Joseph Delong, the chief technical officer at Sushi Exchange has quit amidst claims of drama and "overt manipulation" and an insistence that $300k was not enough pay. (Decrypt)

Pimco can be a harsh place to work. "I have been shouted at, within two feet of my face, in front of the office. The interview process could be aggressive to the point of people crying." (Business Insider)

Photo by Rocco Dipoppa on Unsplash