Morning Coffee: The sub-$1m superstar banker who has to make the cuts at Credit Suisse. How to move into crypto but keep your job at Goldman 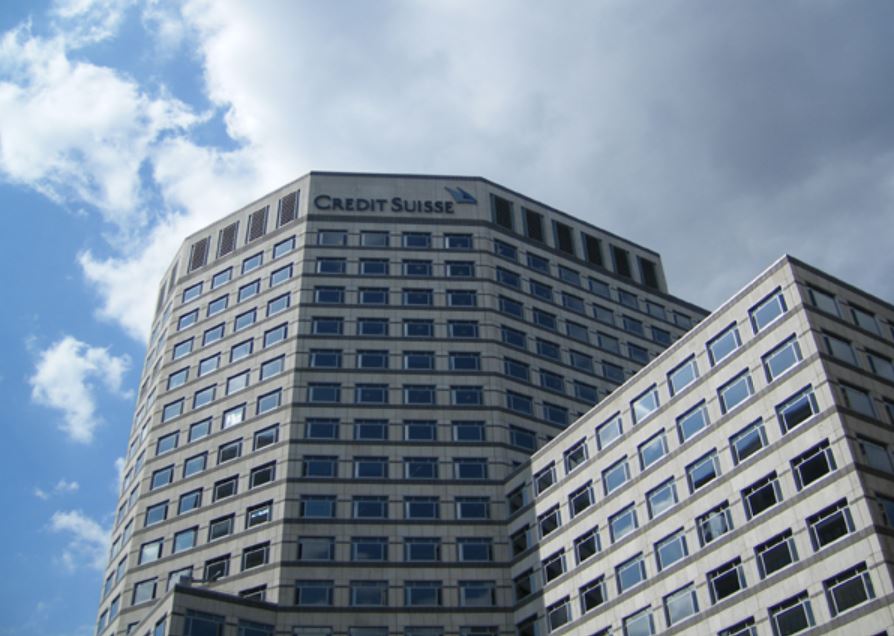 Credit Suisse is apparently going to be making its big strategic decisions and announcing them with the third quarter results. According to the company, any reporting of whether this is going to mean big job cuts or even closing down the entire investment bank is “entirely speculative”. But it looks like pretty well-informed speculation, and some of the personnel moves announced today could be seen as supporting the view that there are big changes coming.

As well as bringing in Dixit Joshi from Deutsche Bank to be the new CFO, Ulrich Koerner has given an extra job to Francesca McDonagh. She is going to be the group Chief Operating Officer, with Michael Bonacker reporting to her as “head of group cost transformation”.

McDonagh was originally hired by former CEO Thomas Gottstein to be a kind of super troubleshooter, after having successfully turned around Bank of Ireland (and left after the Irish government indicated that they weren’t prepared to make any more compromises with the salary cap which had left her paid only €961k). In that job, she cut costs by a third over five years, and carried out significant redundancies.

But of course, Credit Suisse is not Bank of Ireland. It’s much bigger and more complicated, and it’s a human-capital intensive business. Whatever business model CS decides to announce later this year – whether it’s a “capital light” advisory focused franchise, a pure play on wealth management or something else – it won’t be able to deliver the goods unless it can convince key talent that it’s going to remain a franchise that’s worth working for.

And that means that McDonagh and Bonacker will have to tread pretty carefully. Trying to cut costs in an investment bank is like open-heart surgery or bomb disposal – not only do you need to know which bits you want to remove, you need to have a precise picture of what they’re connected to. A business that looks unprofitable on its own might be a big provider of services to one of the crown jewels; removing duplicated functions might upset a difficult set of relationships.

This is the fundamental dilemma of cost-cutting, and it’s led to the demise of many glittering careers. A sort of chain reaction develops, where cutting costs in one area leads to a different division becoming uneconomic and needing to be cut, and so on. It’s not made easier by the fact that headcount reductions tend to corrode the franchise in and of themselves – not only do good people get demoralised and leave, clients are reluctant to give business to a bank where personnel turnoever is so high.

One thing that Francesca McDonagh was credited with at Bank of Ireland was in creating a sense of purpose to help bring the staff along with the cost cutting plan. Something similar looks like it is going to be needed at Credit Suisse.

Elsewhere, Matthew McDermott has a team of 70 employees, including software engineers, compliance specialists and traders. He’s trying to build a platform to facilitate bond trading on the Ethereum crypto platform, among other projects.

But he isn’t a crypto-bro CEO; he’s a 16 year veteran at Goldman Sachs, who is Global Head of Digital Assets. Looking at his LinkedIn, he’s come into the role from a more traditional securities lending background, having previously been Head of Cross Asset Financing and co-head of Global Liquidity Products.

There are similar jobs at a lot of other big Wall Street banks; JP Morgan’s Onyx platform is led by Umar Farooq. It’s an entirely different kind of crypto; the people in senior roles here appear to have backgrounds in making efficient trading and settlement systems and to regard blockchain as a useful tool in some applications. That might not be as viscerally exciting as believing that it’s a universal solution that will replace global finance entirely, but it might have a bit more career longevity.

Itay Tuchman is leaving Citi, so Stu Staley will now be sole global head of FX. Tuchman will be able to leave with a clean name; for most of the last five years, he’s been going back and forth to Australia fighting a “cartel” case from 2015 which was eventually abandoned by the prosecutors. Staley is no stranger to annoying legacy issues; he got his start as a commodity trader for Enron. (Bloomberg)

According to a survey commissioned by Upslide (a company that produces automated Powerpoint tools), 86% of junior bankers have had to take time off because of stress, and 72% of them are considering leaving the industry. (Financial News)

On the other hand, a survey carried out by KPMG found that more than a third of workers want to look for a new career in 2023, and they’re motivated by the need to get a better salary to meet the cost of living. Financial services is one of the most popular industries that people want to switch to. (Financial News)

The IPO market is still pretty dead, but bonds aren’t like equities, they mature and need to be refinanced. As a result, it’s been a pretty busy August for debt capital markets bankers, who have been dragged back from the Hamptons for some pretty big deals. (Business Insider)

A “former investment banker turned art gallerist” is exactly the sort of person who might be able to get away with charging $5000 a bottle for his homemade wine, and telling people that it’s an artistic statement and they shouldn’t drink it. (CNN)

Howard Lutnick was only “professional friends” with BGC Partners board members and never celebrated birthdays with them. This, and his assertion that there was “no way” he would use threats and intimidation, convinced a judge that the process whereby BGC bought a subsidiary from Cantor Fitzgerald was fair; a lawsuit claiming that he exercised undue influence has been thrown out. (Bloomberg)