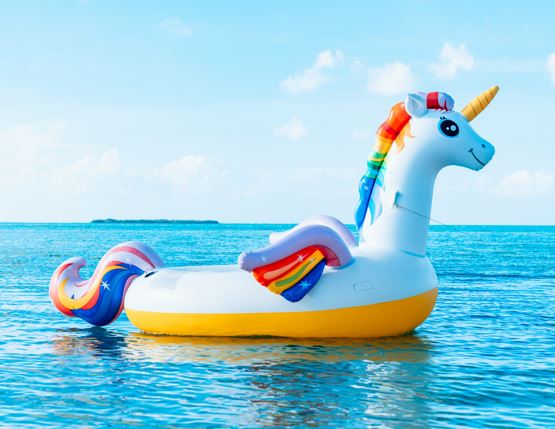 A few years ago, I was hired by a unicorn, (a start-up company worth over $1bn on paper) to grow the UK part of their business. A few months later I was shuttering the office and making my team and myself redundant. I’d spent more time interviewing for the job than I spent in the job.

People in finance have been queuing up try to make it work at a hot tech start-up. There are definitely some upsides to working for a start-up, but as I discovered first-hand, there are also big downsides.

The company I joined was a classic example. When I took the job I was handed an existing team of 30 people and a business model that was at least two years away from breaking even. There was no budget, no sign-off process on deals or costs and, most worryingly, no one was tracking the burn rate of the company at all.

A few weeks in the role, everything changed completely. Funding suddenly dried up. It took a staggering two months from that point for the company to tally things up and discover that it only had a further four months of funds left at the rate it was burning cash. Some of the things that were discovered were eye-watering. For example, more than a $100k was being spent on recruiter fees alone each month.

The company had to rapidly cut costs if it were to have any hope of attracting further funding. It was brutal. More than 10% of the employees were almost immediately let go, the bulk of them only hired a month or two previously. A multitude of other cuts and changes were made, but the one that best describes the panic and confusion was when people were asked to take significant salary reductions in return for share options, while in the same week the founder was investing $500k of his own money into an unrelated business.

After another month the people running the company suddenly lost faith in the UK market and the axe fell on my team. Even this process was bonkers, at one point I was asked to performance manage out some of the people that were being made redundant. That didn’t happen.

The bosses were inexperienced and highly-stressed. After their initial funding success they had become convinced that they were the smartest kids in the room, which meant that they didn’t take advice. They preferred to learn everything from scratch, resulting in pointless and avoidable mistakes. They were distracted by the fun bits, the speaking engagements, the flashy cars and the PR. They weren’t spending enough time working on the business itself.

A start-up needs to have a great idea, excellent leaders and a constant focus on improvement. You need all these ducks to be lined up, with a huge dollop of luck on top. The majority of start-up businesses will fail. Those that don’t spectacularly collapse will almost certainly completely change their business model several times before it becomes successful, shedding staff each time. Each job is a gamble within a lottery and the chances of picking a winner and staying the course are tiny.

Banks are not shy about firing people when things start to go wrong, but at least most people are given generous severance packages and have some hope of getting a similar role relatively quickly. At a start-up you have as much job security as an under-performing football manager and, believe me, there's not many opportunities out there right now.

James Brittan, a pseudonym, is the former CEO of the UK arm of a tech start-up.